Yehezkel Braun, who can be considered a representative of the generation of Israeli composers immediately following that of Paul Ben-Haim and Marc Lavry, was born in Breslau—historically and culturally, as well as politically at that time, part of Germany, but now Wrocław, Poland. Two years later his parents emigrated to Palestine, where he began his musical studies at an early age. At the Israel Academy of Music (formerly the Rubin Academy and now the Buchman-Mehta School of Music) he studied with Alexander Boskovich. Braun also earned a master’s degree in classics (Greek and Latin philology) at Tel Aviv University. 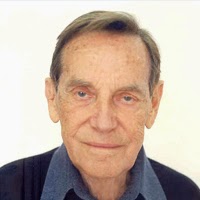 Braun has harbored a lifelong interest in both Hebrew and Gregorian chant. In 1975 he spent a year at the Benedictine Monastery at Solesmes, France, studying Gregorian chant there with Dom Jean Claire, one of its leading authorities. In 1966 he became a professor of music at Tel Aviv University, a post he held until his retirement.

Braun’s twin interest in liturgical chant and Jewish folk music is reflected in many of his compositions. Among his important works inspired by Jewish subjects or Judaic themes are Psalm for Strings (1960) and Illuminations to the Book of Ruth (1966), an orchestral piece. His catalogue includes many other choral and orchestral works, chamber music, lieder, and music for theater, film, and dance. In addition to the Hallel Service featured here, he has composed a number of other liturgical works on commission from American synagogues. These include a Sabbath evening service; V’haya ... (And It Shall Come to Pass), on verses from Isaiah; Shir Hama’alot, a setting of ten Psalms for vocal quartet and string quintet; and other Psalm settings. Braun has written analytical studies of melody and modality, and he has published Hebrew translations of classical Greek poetry. He also compiled and edited an anthology of traditional Jewish melodies. In 2001 he was awarded the Israel Prize for music.